I finally convinced Jerrold last night to help me with my “photo shoot” today.  I needed someone to get some photos of me walking toward the boulders with my bouldering pads for the review I am doing.  He was not interested at first, but he happily helped me this morning after I showed him how to take photos with the iPad.  “Does mine do the same thing?” he asked.  Yes, yes it does.  He was then excited to take some photos of me using my iPad Mini.

Jerrold left right after taking the photos and I went back to my truck, picked up the rest of my gear, and hauled it in to the actual boulder field so that I could get some more shots of the Petzl pads and my Lowa Rocket climbing shoes on the rock itself.  I took many photos, and it was a good thing that I did!  After a sweaty hike back out in the cool air with my iPad Mini, two Petzl pads (one Cirro and one Alto) and my Black Diamond Bullet pack, I fit everything back into the truck and went to Starbucks to analyze and send some photos to Lou for the reviews.  Upon review, I had gotten finished with the photos just as the sun was burning the slight fog off, which created a rather dramatic lighting effect that I was thankful for.  Lou found some photos that really struck a chord with him and let me know that I had gotten the shots he needed for the reviews.  I made a voice memo of my hours this morning, got fuel so that I knew how much fuel I had used on these last few photo shoots, and kept the receipt to add to the expense log that I was asked to keep.  So far, so good.

I cannot wait for these articles and reviews to be published on the MyClimb website!  This is exciting for me!  I do not know when they will appear on the site, but the moment they do, I will let you know! 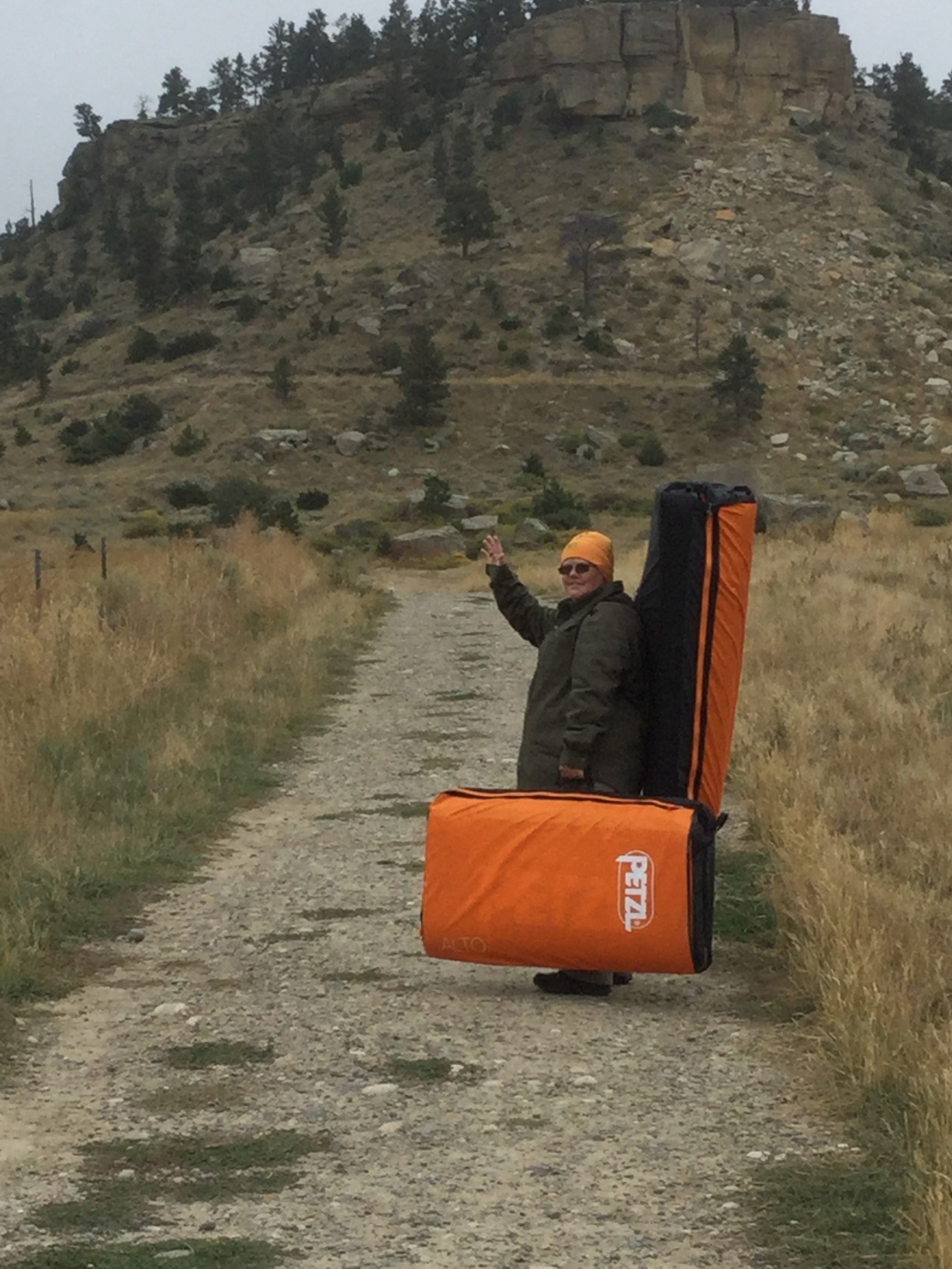