I meant to get this post written last night, but I was tired, so I’m writing it now – the next morning.  I was having a bad day yesterday.  I had to watch my 8-month-old nephew, though, which always cheers me up.  He’s a happy little guy who likes making funny noises with none other than yours truly and laughing and smiling and all other sorts of fun stuff.  He already has quite the personality and you can’t really be grumpy around him.  He just puts you in a good mood!  So, Squiggle Bug managed not only to get his socks off (he hates socks), but also to somehow lose them in the pillowcase that we covered him up with.  We finally found his socks, to his chagrin.  Daddy put them back on him later before he had to go back upstairs, but it wasn’t an immediate concern.  We’re into the next diaper size, so we did the diaper change, which is the perfect chance for Cullen to squiggle because then Aunt Chris can’t get the new diaper on, haha!  He lies perfectly still until I get the old diaper off, and then he expends as much energy as he can  squiggling while I try to get his dry pants on.  He’s going to be one of those kids who runs around naked with company present, like at Christmas dinner or some concert at preschool…haha!  So we played with his toes, and he chewed on them some, etc., etc., you know, the norm for playing with a baby that’s eight months old.  Fed him some formula from his bottle after Uncle Jerrold fed him some of his favorite kind of applesauce and rice cereal mixed together.  Sat and watched some nursery rhymes together and sang together (Cullen’s singing, believe it or not, is better than mine).  Cute little boy.

This morning was more of the same.  He hates waving good-bye, and turns his head away as if to say, “Nope, if I don’t wave bye-bye, then I don’t have to leave.”  I just tell him I love him and make some funny noises, like, “Blub-blub-blub”.  He laughs and smiles and we part until next time on that note.  This morning, I got this photo of him – this is my favorite photo of him, I think!  I present to you…Squiggle Bug!!! 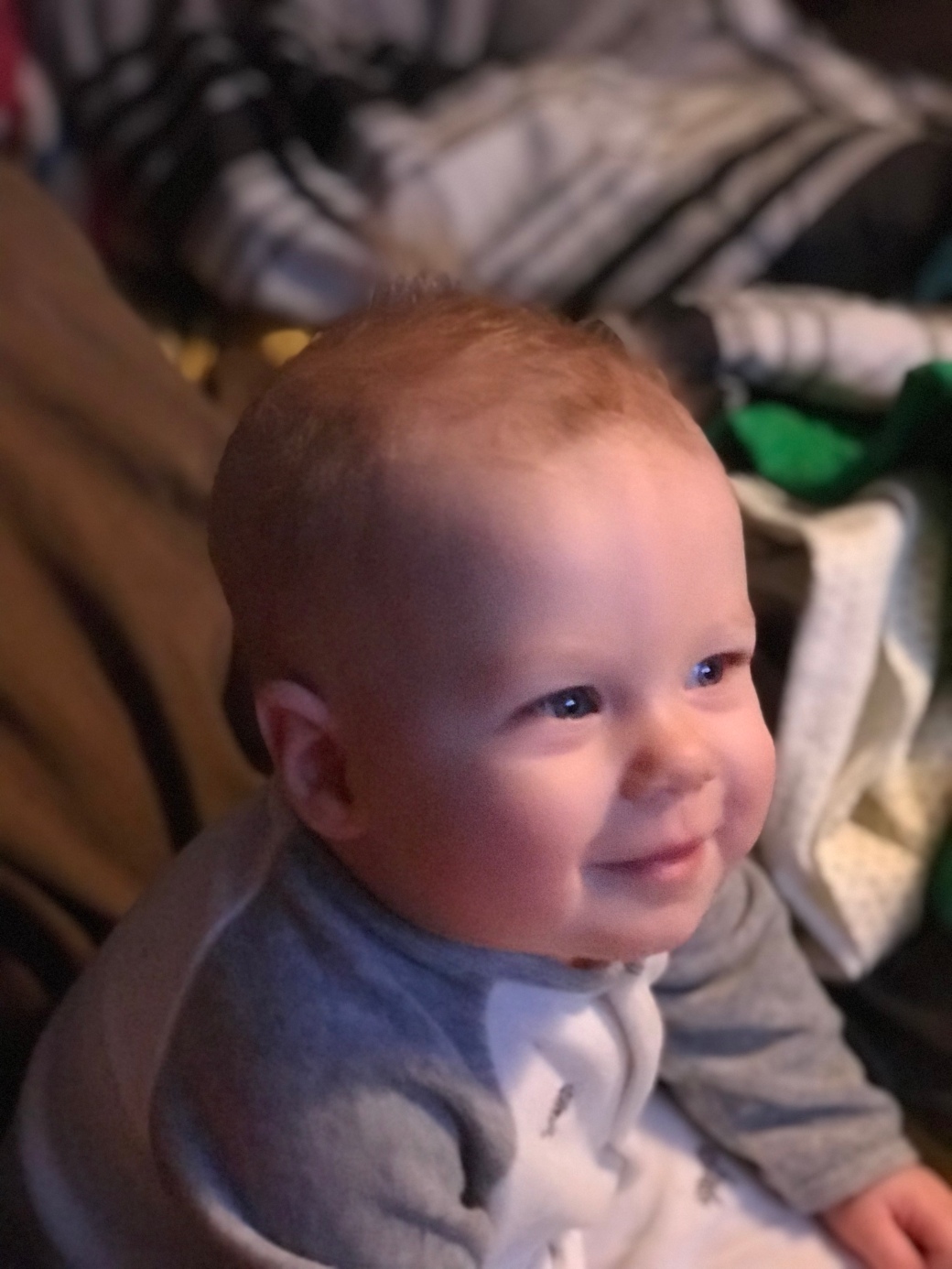