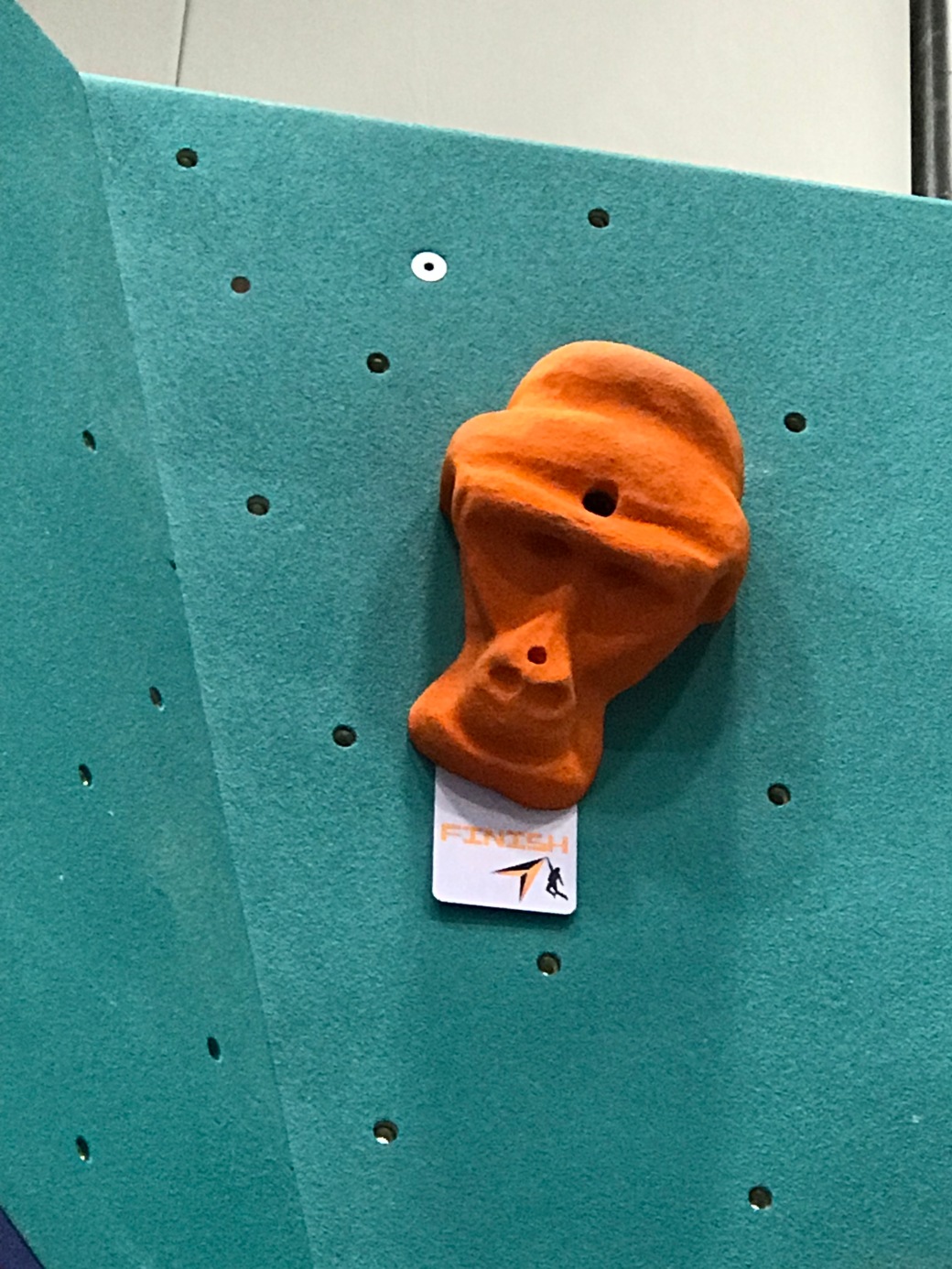 This morning at the climbing gym (alpine start for the third day in a row!), I easily and happily sent the stemming problem in Boulderland with the baboon head finish.  I love that problem!  A fellow was doing laps on the 5.5 auto-belay route and was getting a good workout from it, down climbing as well each time.  A young fellow came up and began attempting the 5.10 on auto-belay.  He got spit off the route quite a few times before asking his two friends below if they had sent the route.  They came up and took turns attempting the route, with the same result.  I told them that the volumes were on.  They asked Jim as he came up the stairs to join the party if that was true.  “Yep.  Volumes are part of the wall.”  These fellows continued trying it without using the volume and the fellow who had tried it first this morning eventually sent it without using the volume, which he was extremely proud of.  They tried some of the boulder problems, too,and found some that they liked.  It was a good time had by all this morning at the climbing gym, haha!  I love it!!!