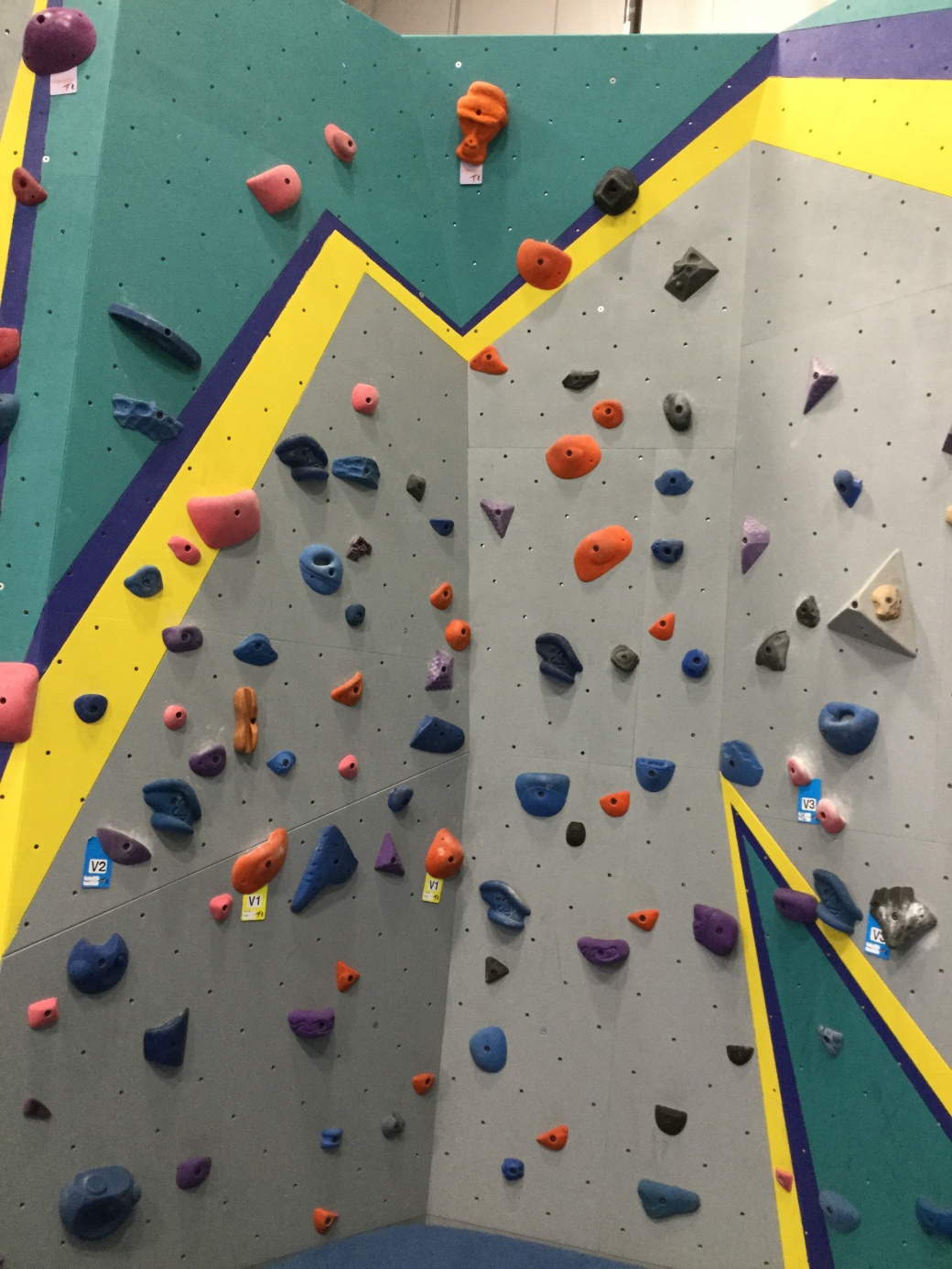 Thanks to my wonderful husband, I got my alpine start again this morning at the climbing gym.  My plan was to do some bouldering up on the mezzanine in Boulderland.  I let my Skwamas adjust to my feet and vice-versa while watching a couple of other climbers warm up on some of the problems.  I wasn’ looking at their beta.  I was watching their movement.  They’re both very good climbers, but both on the taller side, and as I watched, I noticed that their footwork was sloppy.  There was very little precision to their footwork, and a lot of kicking at the wall instead of placing their feet on the holds.  In many cases, they missed the footholds by quite a large margin before they actually looked down at where the footholds even were.  I was somewhat surprised that they climb as well as they do with that kind of footwork, and wondered how much better they might climb if they focused on that footwork.

When I got on the wall, I onsighted a VB problem, which might sound silly to even mention, but I don’t think that any climbing done is wasted time.  Next, I redpointed a V1-  layback problem.  I quickly realized that the grading in Boulderland is sandbagged in many cases.  I then discovered a stemming problem that finished on an orange baboon head hold.  Awesome!  I redpointed that stemming problem with glee, memories of climbing with Lou and Leon running through my mind!  Great times!!!  I love stemming problems!!!  Lou taught me how to climb dihedral problems, so they now have a special place in my heart.  It was a fantastic way to start my day!!!