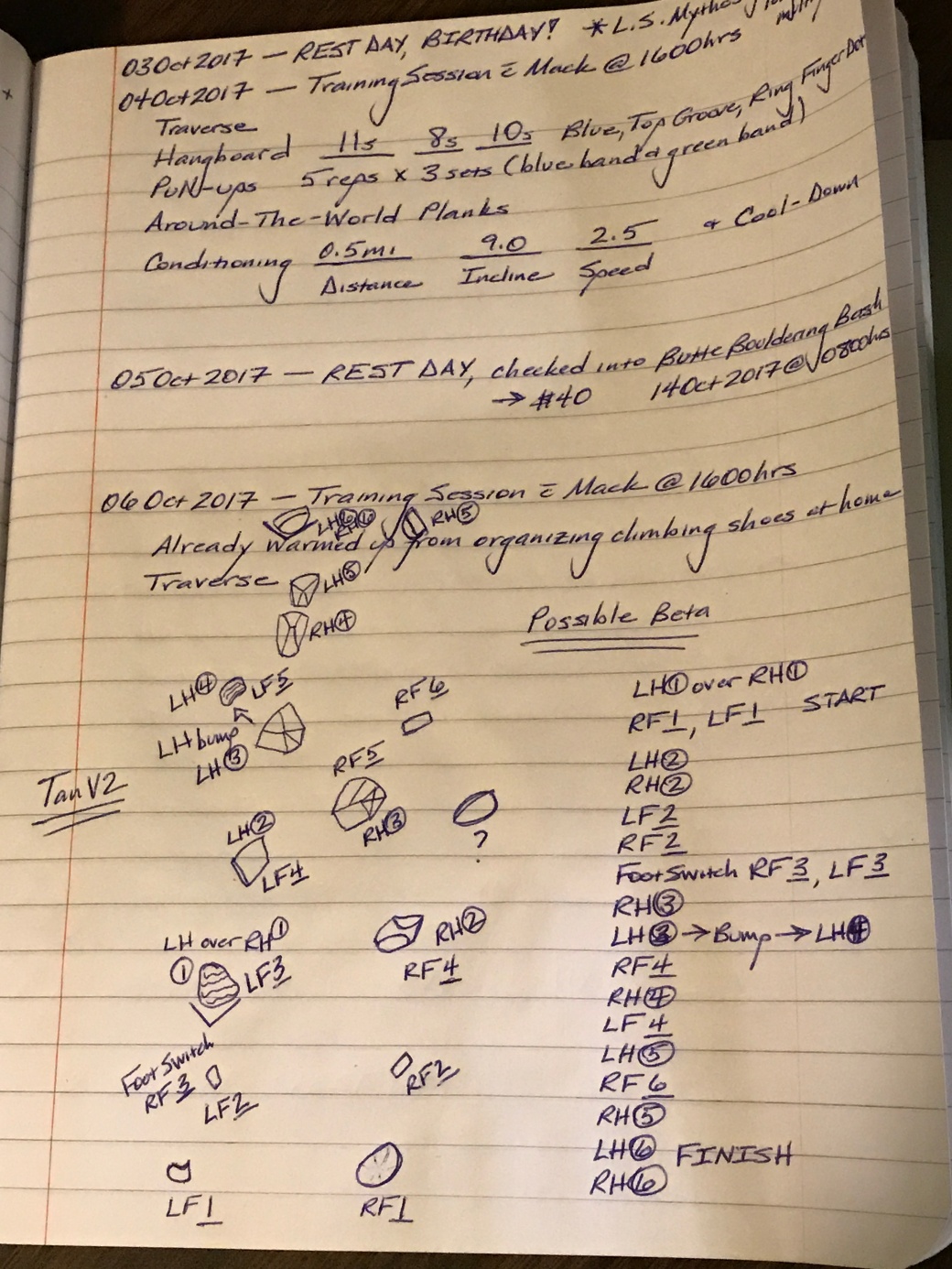 I sat there on the grey, dusty mat with the velcro straps of my Otaki climbing shoes undone, carefully drawing each hold’s shape and position relative to those surrounding it from the tan V2 problem that I’m projecting on right now.  Looking up now and then to see the next hold, the blue ink flowed from my pen smoothly and accurately until the last two holds because I had run out of room on the limited page space I had left myself.  I knew where they were, and that’s what was important.  I was trying out a concept that I had seen one of my climbing mentors post an example of – topo mapping for climbing.  He had his beta recorded along the route and notes about difficult or unusual moves and it was brilliant!  I know, not a new concept to the climbing community, but it was to me!!!  I decided to try it out on this difficult tan V2 that I’m projecting on right now in the climbing gym.  After getting all the holds drawn in, I labeled my beta and sequence next to the holds, then organized them into a list format alongside the map of the problem so that they made some kind of sense to someone who, if they were to look at it without the list format, could figure it out, but with more difficulty than should be required.  I was waiting for Mack, my trainer friend, to show up while reviewing what I thought was a fine topo map.  I finally had to go because my nephew would soon be in need of a companion and caretaker for a few hours.  I know the beta for the bottom half of the problem is good and I still have to test the beta for the top half to the finish, but having some idea of where you’re going on a route before you get there is important!  I’m not one that likes a huge success of a move to be followed by falling off the wall due to poor planning!!!  Hopefully I will get to try out my beta today and tweak it, meaning hopefully I will send that tan V2 today!!!  I never knew projecting could be so much fun!!!  It doesn’t have to be pure frustration!!!